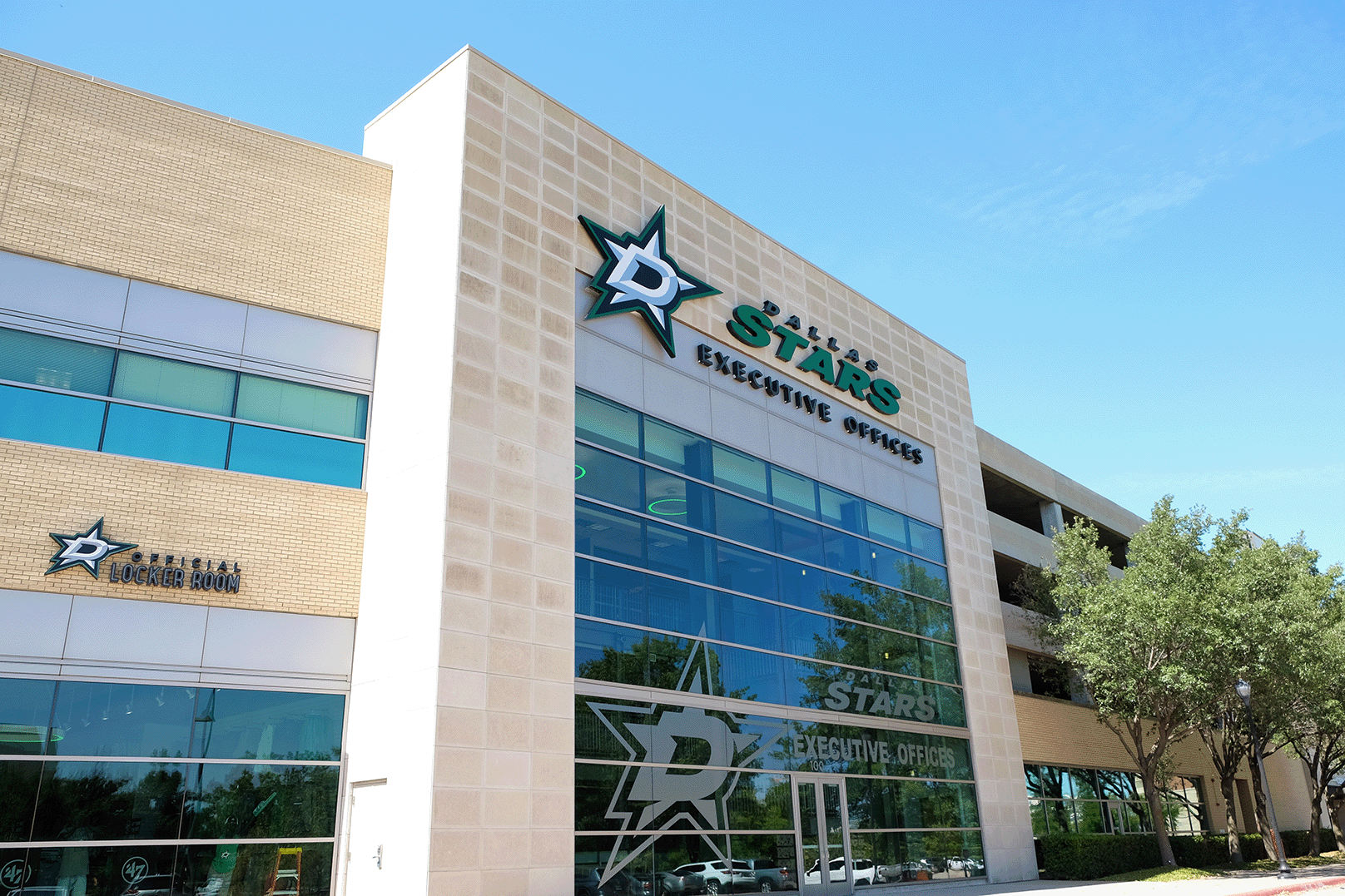 Why they choose Mayekawa and MYCOM compressors for their StarCenters

DALLAS STARS IS MORE THAN A PRO HOCKEY TEAM IN THE NHL.

Dallas Stars is more than just a successful professional hockey team that competes in the NHL. They are also a successful community sports facilities operator that has a deep root in the Dallas community.

As an NHL team, they are in a unique position; they do not have any neighboring NHL team to share the market in the state. Because of this, they are in a crucial position to build hockey fans in the community. They like to partner up with the local cities and school districts, offering a place for families in the community not only to play sports but also to learn and to better their lives. Before COVID shut it down, Dallas Stars ran a STEM-based education program that taught the young kids how ice making worked in an ice arena, and they are currently working to get the program back up again. They also have the largest and best-run house rec league in the nation to support the kids who play hockey.

Hosting community programs come with great responsibilities. The facilities need to be safe and welcoming both in the atmospheric and economic senses, all while maintaining the quality of ice. Downtime isn’t acceptable. They must make sure of that at all 8 facilities they operate in Dallas metro area and a couple more outside it. And yet, they aim to expand even further. Under such pressure, they cannot operate facilities with machines that they do not put their trust in.

“They are tough,” says Andy, Dallas Stars’ mechanical services manager. The compressors working in ice facilities are hit hard. At Dallas Stars’ ice centers, they cut the ice every hour, sometimes more frequently, and put 140F water over the rink. After sitting still for an hour or two, the compressors can come on full blast and bring those temperatures down quickly to suck that hot water into the ice. It is a tremendous load and a violent change in pressure and volume.

This is a lot to take for any compressor, even if they are in top-notch condition. “They put up with a lot of abuse. I don’t know how other brands would have held up under that,” Andy muses.

Engineered and built for
EASIER MAINTENANCE

Andy has been in the refrigeration industry since the 70s and has experience with compressors made by different brands. He likes how he can “hear” MYCOM compressors unload and load. He is aware that compressors from other brands can partially unload as well, but being able to hear what the compressors are doing is something both Andy and Jack, the Facilities Director, find assuring. Also, there is a clear difference in design between MYCOM compressors and the others.

Andy finds MYCOM compressors easier to service. For instance, MYCOM compressors allow them to remove the cooling jacket heads and clean the surfaces without having to pull the entire head apart. This is important, especially in the ice arena operation, where water deposits can build up quickly. MYCOM compressors are engineered and built with easier maintenance in mind.

Maintaining and rebuilding compressors are a fine art. Talented technicians do not tend to stay with one contractor for a long time. As such, Dallas Stars had difficulty keeping a contractor that they could rely on, especially during emergencies. When they connected with Mayekawa’s service team recently, they were pleasantly surprised that Mayekawa had about half a dozen factory-trained technicians with deep knowledge of MYCOM products, as well as vast experience, ready to help them with consultations. Mayekawa service team visited Dallas Stars’ facilities to help them conduct compressor maintenance audits.

Andy was prepared to order a spare compressor in case of emergencies, but Mayekawa’s service team convinced him that it would not be necessary.

Not only did Mayekawa have availability of the compressors, if one needed to be shipped out to them fast, but the service technicians also had absolute confidence that the compressor would not fail under the conditions of their operation. To a facility operator who concentrates on continuous improvements to avoid costly downtimes, that level of confidence and assurance from the compressor manufacturer gave great peace of mind. Jack remembers that this visit allowed them to save the Dallas Stars some money. They ended up buying some motors, instead of a brand-new screw compressor as a spare. They trust Mayekawa’s service technician’s advice for the best interest of the equipment users.

“The availability of PARTS“

When asked what challenges Dallas Stars faced in their day-to-day operations, and how Mayekawa was able to help overcome them, Andy answered simply that it is “the availability of parts.” Typically, they have 3 compressors in one facility, running 2 out of the 3 to maintain the ice. When the temperature gets over 100F, they run all 3 compressors. Since there are no backup compressors reserved, getting parts quickly becomes critical. Mayekawa has always been able to supply the parts when they need the parts in quick time. Mayekawa’s parts centers are located in Torrance, CA, and York, PA. Each location stocks over a million-dollar worth of parts inventory. The location and the volume of inventory allow Mayekawa to respond to any parts needs nationwide.

No matter how large the parts inventory might be, it cannot bring benefits to the equipment users without proper customer service. This is another essential reason why Dallas Stars facility operations team can put their trust in Mayekawa. When they didn’t realize they were out of shaft seals till they needed one, Mayekawa was able to respond to that emergency immediately by overnighting it to them. Also, while they struggled to find a contractor, Mayekawa assigned a single point of contact for them to stay responsive to their inquiries.

Now that the maintenance of the existing ice facilities is in good hands, Dallas Stars gears up to expand into multi-sport facilities operation that will offer not only ice rinks but also basketball courts, gymnasiums, etc., under one roof. Mayekawa is committed to supporting the future the Dallas Stars envisions with reliable products, factory-trained service technicians, availability of parts, and strong customer service.

Mayekawa is the ONLY ONE compressor manufacturer in the industry that has it all to support its equipment users.

With Mayekawa, your business never stops.